Does Anybody Care About Jobs Numbers Anymore?


Jobs and unemployment information for July 2016 can be found HERE!


Another first Friday of the month, and another jobs report to be released any minute. 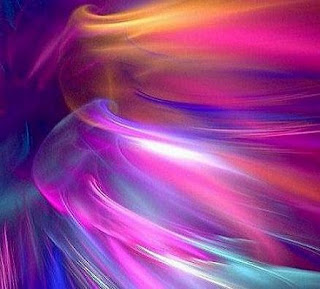 When I first started paying attention to jobs numbers we were losing hundreds of thousands of them every month.  And the initial BLS monthly estimates were often underestimating the number of jobs we were actually losing!
How many jobs did we lose in late 2008 and early 2009?
The numbers are still staggering.

These are net job losses, which means that even though some people were still being hired, many hundreds of thousands more were losing their jobs every month.  In fact, from late 2008 throughout 2009, over 2.5 million people lost their jobs, went from employed to unemployed, every month.  Now only about 1.7 million are going from employed to unemployed every month, and that is the lowest number of people losing their jobs since the Clinton years in the late 1990's.

The misery of the recession.

We didn't start adding jobs again until early 2010.  It's painful to remember the misery of those years; the number of people trying desperately to hang onto their jobs, their homes, their dignity.  There are few things worse, other than serious chronic illness, than trying to find an income and keep the heat on and keep a roof over your head.  It's degrading and demoralizing.

The highlight of the month

So the highlight of the month became the monthly jobs reports.  The Republicans picked endlessly at Obama and the Democrats because the numbers weren't turning around fast enough for them (even though the jobs numbers almost ALWAYS do better under Democratic administrations, this going back decades).  They then started lying about the jobs numbers; saying the "real" unemployment rate was the alternate unemployment rate or that seasonal adjustments were wrong, inferring that Obama was somehow forcing the Bureau of Labor Statistics to lie about the monthly jobs numbers.

But here we are, seven and a half years later.  We have something like 14 million more jobs than we did at the "trough" of the recession back in early 2010.  We have about half the number of people unemployed that we used to, and finally, after years of stagnation, the inflation-adjusted hourly and weekly wage for non-supervisory and production workers (that is, regular workers) has actually turned the corner and is headed back up.  People are now earning about what they were earning in the late 1970's.  That's an improvement.

We aren't there yet; this recession was miserable, and many older people, many Baby Boomers who lost their jobs and their retirement savings in the recent abyss simply don't have enough time to recover.  Many usually-middle class people got to see what it was like to live as the poor and working poor among us have lived for ages.. and it wasn't very pleasant.  Foreclosure servings, electric trucks in the alley turning off someone's electricity for non-payment, water and gas shutoffs, counting change to buy groceries or gas:  These are not things that any person who has worked his/her whole life should ever have to experience.  Not in the United States.

Let's just all hope that these horrors will never happen again.

The jobs numbers for May 2016 were just released and they are a mixed bag:  Only 38,000 new jobs, much lower than expected, but the unemployment rate declined by .3%, which is a big drop.  The big drop mostly occurred because people left the labor force.  The Baby Boomers are retiring, and they are retiring in droves.  Every month for the past two years or so, well over 4 million people who were employed dropped out of the labor force.  We don't know how many of those people are now permanently retired, but we can assume it is a big number, easily dwarfing the number of people who were not in the labor force but are now employed.

That's the bottom line:  Eight years ago things were miserable.  They were still miserable six years ago.  People waited impatiently for those monthly jobs numbers to find out if we really were making any progress.

Now?  People are retiring after 40 years of working.  And many of them STILL have adequate retirement income.  Unfortunately, many don't.