How Seasonal Adjustments Affected the Jobs Numbers in July 2012

It's that time of the year again.  We're entering a time of the year in which the "raw" unadjusted numbers of jobs and workers is LESS than the "seasonally adjusted" numbers of jobs and workers.  This is primarily due to jobs in the education sector that disappear or end during the summer.  (Click this link for more explanation and information about seasonal adjustments.)
So here are a few facts and figures:

In July 2012, in "raw" unadjusted numbers, we:
These numbers adjusted as below for July 2012:
So... does this mean that jobs/employment picture is worse than the BLS numbers seem to portray?


Actually, the jobs/employment picture for July MAY be BETTER than the BLS numbers portray as you can see from the chart below.

Here's how the private and government jobs numbers look for the month of  July since 2000: 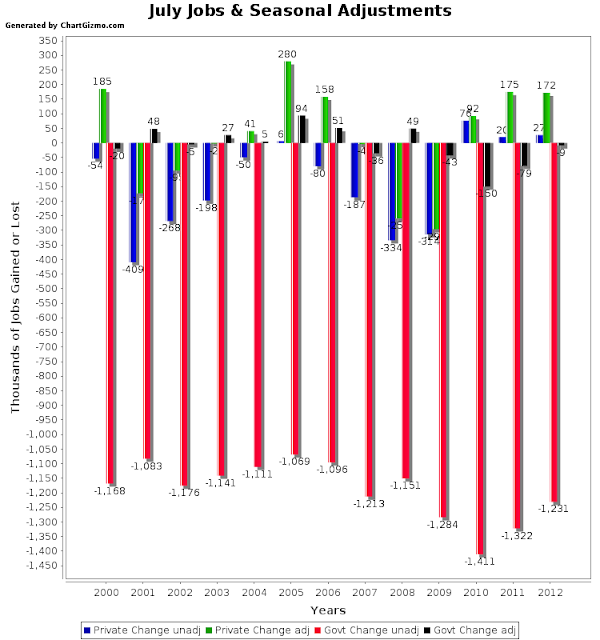