The November Jobs Reports were released this morning, Friday, December 4. The numbers are about what was expected; decent jobs numbers but not exceptional. They almost surely mean that the Federal Reserve will raise interest rates at its next meeting in December. 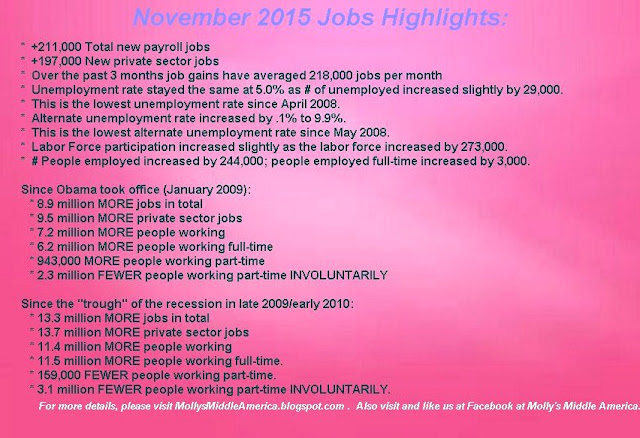 
November 2015 reports: (As usual, notation on the links will be changed to "UPDATED for November" when the updated reports become available.  Not all reports are updated every month.)

More highlights and reports will continue to be posted here throughout the day and over the weekend.  Please check back!