The October Jobs Reports were released Friday morning, November 6.  These are the best jobs numbers in several months, meaning that the Federal Reserve is more likely to raise interest rates at its next meeting in December.

Not only was the whole report very decent, but the whole economy created 8,023,000 jobs over the past three years, from October 2012 until now.  That's the first time since late 2000 that the economy has created over 8 million jobs in three years.  Over those same three years, 6.4 million MORE people are working full-time.  (No, the definition of "full-time employment" according to the Bureau of Labor Statistics has not changed since Obama took office.) 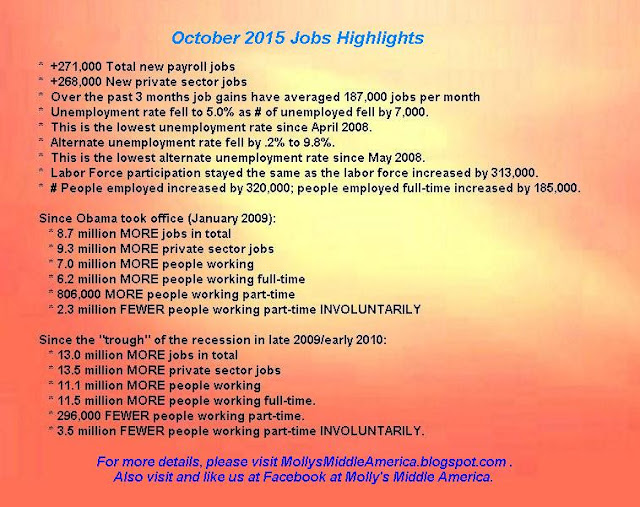 October 2015 reports: (As usual, notation on the links will be changed to "UPDATED for October" when the updated reports become available.  Not all reports are updated every month.)