The February Jobs Reports were released this morning, Friday, March 4. The economy added 242,000 new jobs, a larger number than expected, while the unemployment rate stayed the same at 4.9%. 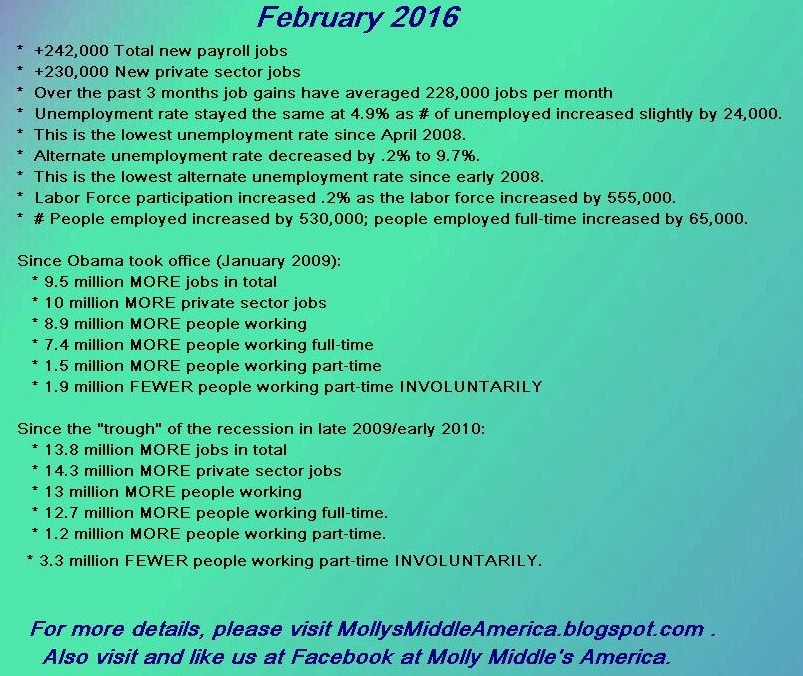 From the BLS Employment Situation report:

February 2016 reports: (As usual, notation on the links will be changed to "UPDATED for February" when the updated reports become available later today or over the weekend.  Not all reports are updated every month.)


More highlights and reports will continue to be posted here throughout the day and over the weekend.  Please check back!