How Many Jobs Has Obama Created or Lost? (April 2016 update)

How many NET jobs created or lost under Obama* as of April 2016? How many private sector jobs have been lost or added during Obama's presidency?

This report has been updated for June 2016 HERE! 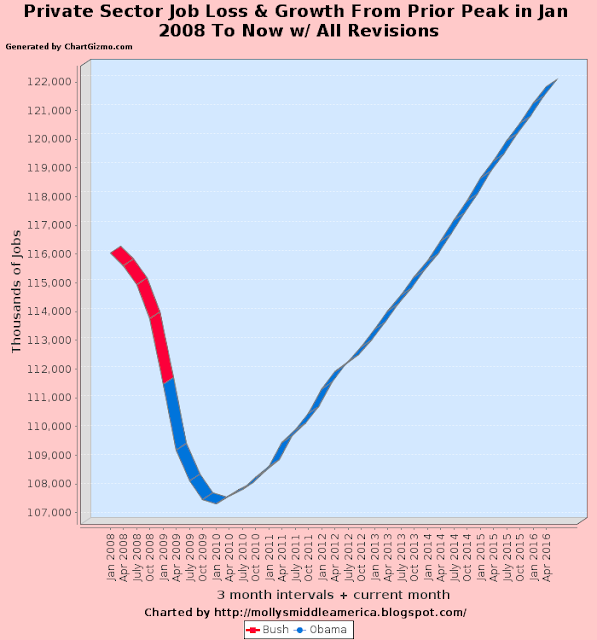 The April 2016 Jobs Reports was released by the government's Bureau of Labor Statistics this morning, Friday, May 6.  It was a mediocre report. 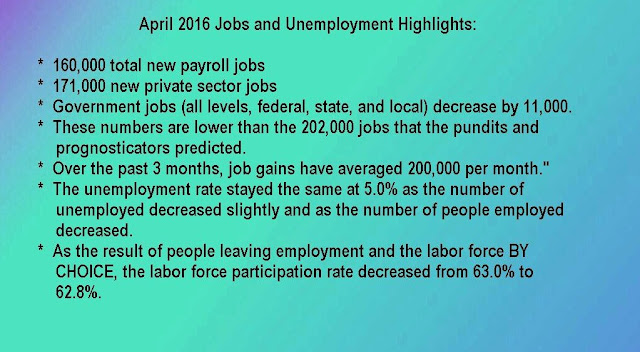 Highlights and reports will be posted here starting this morning and throughout the weekend.  Please check back!