How Many Jobs Has Obama Created or Lost? (Final Obama Numbers as of January 2017)

How many NET jobs created or lost under Obama* as of January 2017, during the whole Obama Presidency? How many private sector jobs have been lost or added during Obama's presidency?

How many new jobs in the last 8 years since Obama was inaugurated?  How many Americans were employed or unemployed when Obama took office compared to now?
See below!

President Obama handed off to incoming President Trump the strongest economy in terms of jobs since the Clinton years: *

January 2018 Update:
As we head into tonight's State of the Union address, let's remember that the "strong, booming, beautiful" economy that Trump is sure to tout is really the Obama Legacy. (I posted this article in February 2017.) Don't allow yourself or your friends to be fooled! 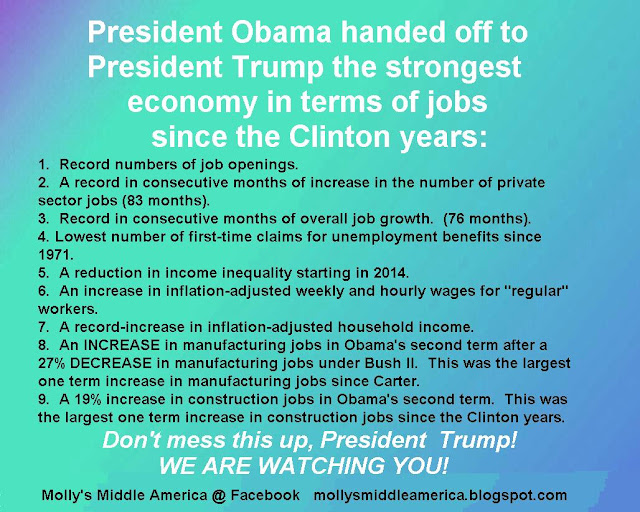 More details and links will follow over the next few days and weeks.

Posted by Middle Molly at 4:59 PM No comments: