What Was the Unemployment Rate When Obama Took Office (compared to now)? November 2014 update

This report has been updated for February 2015 HERE.

Please read below the graph.The following chart shows the unemployment rate in three month intervals plus the last three months: 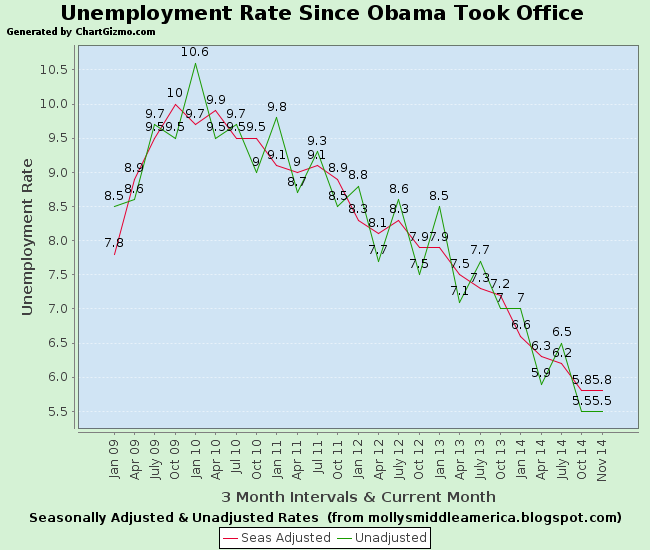