Trump Lies and Bigly Lies About Nobody Working

Donald Trump, the Republican candidate for President, claimed in his Gettysburg rant in late October 2016 that, in one out of five families, no one is working! I guess this was supposed to alarm his audience of retired, non-working people. They believe (because Donald keeps telling them) that the whole country is going to hell in a handbasket as "no one is working". 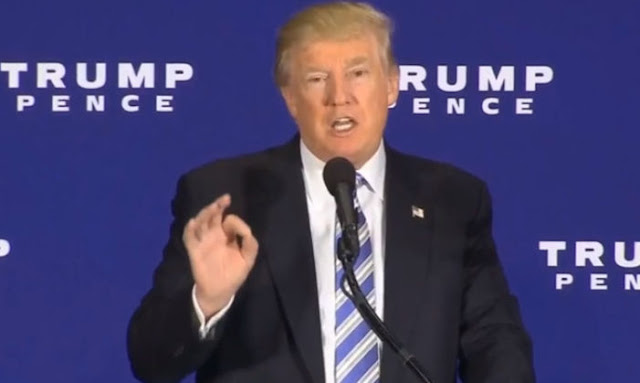 Now, since I have not been buffaloed by Trump, I immediately thought "retired people" when I heard that claim about all of the families which do not include someone who is working. I decided to investigate. His claim apparently was based on the Employment Characteristics of Families Report that the Bureau of Labor Statistics put out back in April. The BLS releases this report every year in the spring. It provides many statistics about the American family such as the number and percentage of families with children, how many families have someone unemployed, how many family have nobody working, all broken down by race and general age group.

Well, Donald was right.. and also wrong. The report does say that 19.7% of American families, or about 16 million families out of 81 million families had nobody working during the year 2015. Yes, Trump is right! One of out FIVE families have no one working! The sky is definitely falling and it is quite a disaster as Trump has been telling us for about 18 months now. (I'm just being sarcastic. But Donald has convinced millions of people that everything is a disaster.) Except that it's not really a disaster that 20% of American families don't have a worker. And the sky is not falling, no matter what Trump tells his easily-brainwashed followers. ( I hope nobody reading this falls into the category of easily-brainwashed Trump follower.) Who is in a "family"? Let's start with the basics. Here's the definition of "family" for the purposes of this Bureau of Labor Statistics report:


Family. A family is a group of two or more persons residing together who are related by birth, marriage, or adoption. The count of families is for "primary" families only, that is, the householder and all other persons related to and residing with the householder. Families are classified either as married-couple families or as families maintained by women or men without spouses. Families include those without children as well as those with children under 18.

Notice that last line: Families include families without children as well as those with children. So here's the bigly point: If you are a retired married couple whose kids have moved out of the house, you are considered a "family". You do have to be a couple to be considered a family, so if you are a retired person living by yourself whose kids have moved out (or a retired person who never had any kids and you live by yourself), you don't count as a family. Even if you have a cat or two or a dog or two. Baby Boomers Now unless you have spent the last years hiding in the cellar under a trap door somewhere, you should realize that we have a really YUGE population of Baby Boomers in this country, and they are retired or retiring in big numbers. Let me repeat that: They are RETIRED. That's why you see so many older people at Trump rallies.. They don't have to work anymore. (Yes, to be fair, many of the people at Hillary Clinton rallies are probably also retired and don't have to work.) So... could those 16 million "families" in which no one is working actually ALL be retired couples? I tried to find a solid number of retired couples in this country. So far I cannot find such a specific number, but I will keep looking. However, it is easy to find the number of people collecting Social Security. There are about 41 million retired workers collecting Social Security. That doesn't include people who are disabled. That doesn't include spouses collecting on their retired spouses' record.  Now not all of those 41 million people are in a "family".. but it should be pretty clear that most of those 16 million families without anyone working are retired couples. And the recently-released Census report on income and poverty also tells us that there are about 30 million households (not the same as a family; this number includes people living alone) that are headed by someone age 65 or older. Again, we don't exactly know how many retired couples with no children there are among that 30 million households, but 16 million is not unreasonable. Trump: It's all a DISASTER!
So Trump is creating alarm and misery over the fact that people can still retire in this country. Which should be a good thing. Except in Trumpland.
Posted by Middle Molly at 8:41 PM