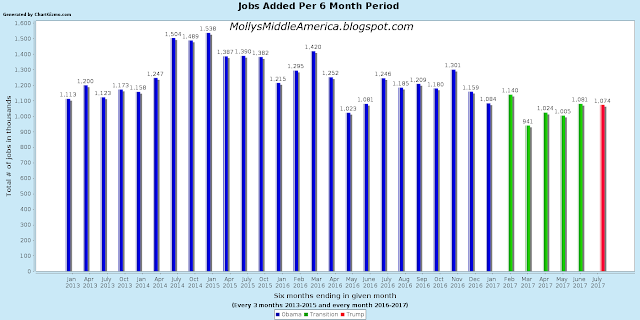 Nothing Grand and Wonderful or Special

So, Trumpsters:  There's nothing to write home about here.  Yes, we did add a million jobs during Fearless Leader Trump's first six months in office, but there is nothing grand or wonderful about adding a million jobs in a six month period.  In recent years, Obama generally did better.