What Was the Unemployment Rate When Obama Took Office Compared to Now? (August 2012 update) 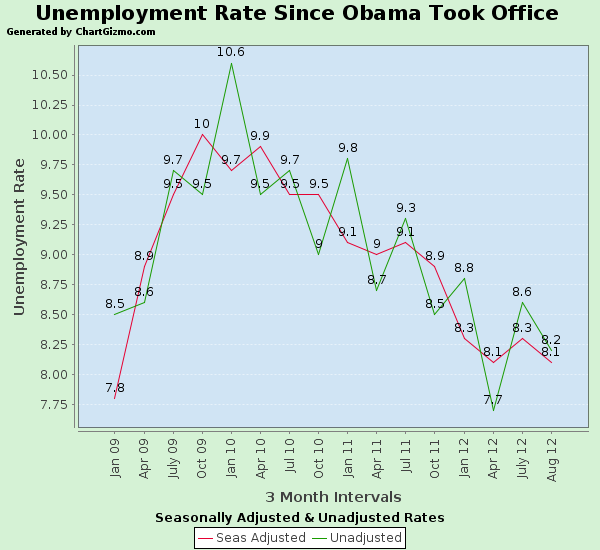 
(This is a new number that is being introduced now, in September 2012 with August data.  It is based on the total of unemployed and underemployed as a percent of the total of the civilian labor force and the underemployed.  The underemployed include two groups of people:  1.  The number of people working part-time who want full-time work but can't find that work.  2.  The number of people who have not looked for work in the past month but are now ready to look for work.  These people did not look for work in the past month for one of these reasons:  Discouragement, sickness, childcare issues, transportation, education or training, "other".  All of these people had looked for work during the past year.) 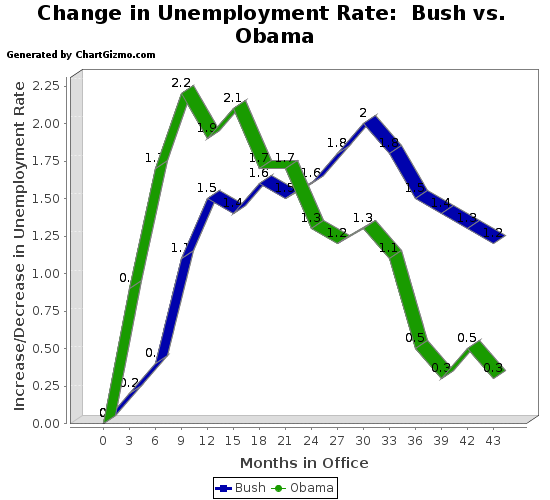 Both groups of people, the independent contractors, and the unemployed without benefits who are still actively looking for work ARE included in these numbers.  ALL numbers of people who are unemployed, working part-time, or who want work have come down significantly over the past year to 18 months.
Posted by Middle Molly at 4:03 PM