What is Unemployment and Poverty in America?

Long-term unemployment and poverty are nothing new in America. 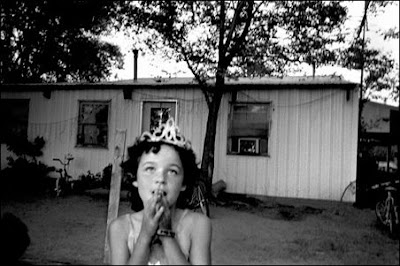 Long-term unemployment and poverty have always been with us in America, this great USA, but they are usually seen as a "life style" on the fringes of society; tucked away in the "bad" neighborhoods of the inner cities or in trailer parks and ramshackle homes in ex-urban and rural areas.
People who have struggled with long-term unemployment, poverty, and/or homelessness in our country are usually seen as the same people who have struggled with drugs, alcohol, criminal records, mental health, disability, or lack of education and skills, perhaps, according to some,  "lack of self-control", "poor choices", not "working hard" or having too many kids.
The Stereotype of the Long-Term Unemployed:
This is the vision of poverty and unemployment that has plagued our country and has often kept poor people from getting the help and support that they need:

The belief that poor people have created their own fate and have refused to do whatever it might take to escape poverty.

My sense is that people who work with the poor have always known that that image of the poor is a gross generalization and not accurate for many millions. They probably have also known that many poor and marginal people work harder than most in the middle and upper classes.  But the belief that the poor have  "created their own destinies" is so set in the American soul and spirit that it is hard for the following alternate image of the poor to get any traction:  Struggling, hard-working people, beset at every turn, taking one step forward and often two steps back.
The media picture of the poor is dominated by people who are criminals, druggies, addicts, alcoholics, or those who have too many kids while they do nothing but watch TV.  Think of the show "COPS".  Racism, of course, underlies much of the prejudice against the poor, but "poor white trash" has become part of our vernacular as well.
Lazy loafers or illegals taking American jobs?
It does seem as though the poor can't win:  On one hand, they are described and rejected as "lazy" and "irresponsible", on the other hand, if they are of Hispanic ethnicity, they are decried as "illegals who are taking American jobs".
I don't think we know how many poor people fit the stereotypes and how many are busy wheeler-dealers just trying to keep their heads above water.  However, this recession has allowed me to come closer and closer to the face of poverty as our family and as many of our friends struggle.
Continue below..

Lazy Sponger Number 3:  She Left her Bootstraps on the Bus

I welcome stories from others:  People who have experienced both a "poor" life and a middle-class life and who will attest to the fact that people may well work harder when they are poor.
Posted by Middle Molly at 2:22 PM