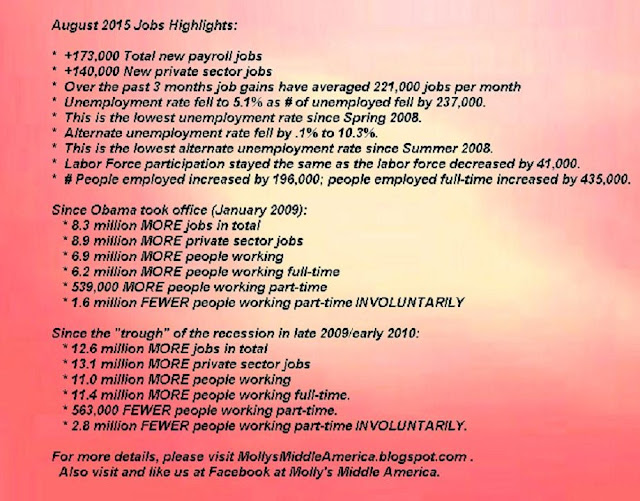 Since Bush left office & Obama took office (January 2009) in seasonally adjusted numbers:
August 2015 reports: (As usual, notation on the links will be changed to "UPDATED for August" when the updated reports become available.  Not all reports are updated every month.)


Preview (written before the BLS released the above report):
The "pundits" are still expecting an additional 220,000 jobs when the numbers are announced in the next hour, but there is some uncertainty.  Job openings in August were off the pace of May and June, and the craziness in the stock market has let to confusion and concern.  First time unemployment claims numbers are still very, very low, but they aren't quite as low as they were in late July.
Posted by Middle Molly at 7:09 AM