What Was the Unemployment rate when Obama took office and Bush left office? (Updated for August 2015) 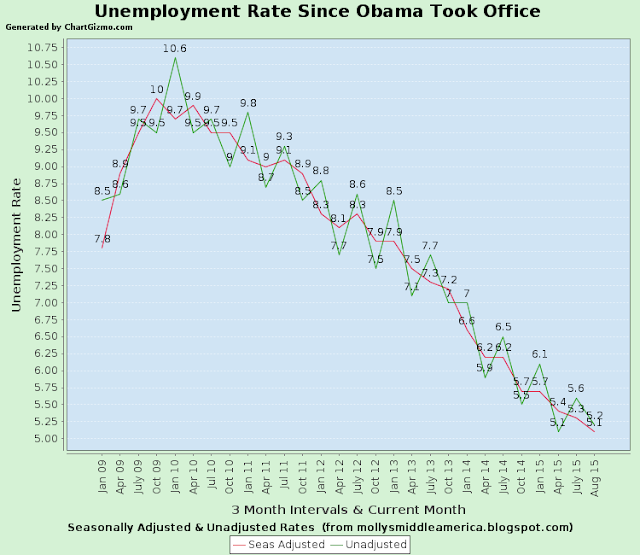