(You may wish to click the photo to get a better look at the graph.) 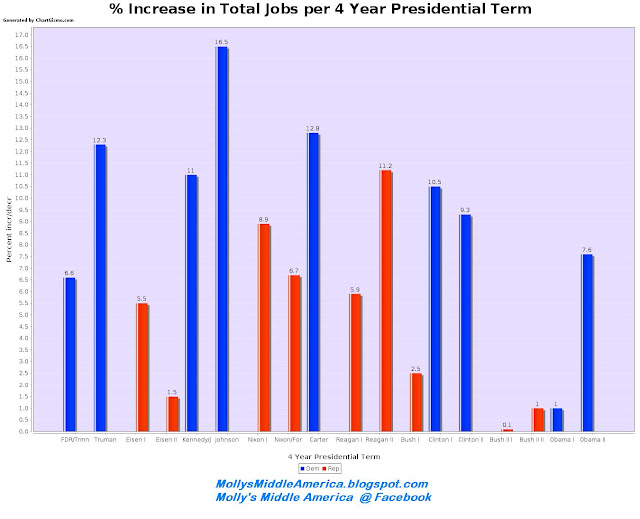 All together?   Republicans or Democrats?


Over all, during those 18 terms, job growth has averaged 7.26% per four-year term based on the number of jobs counted and reported by the Bureau of Labor Statistics, now found at BLS Table CES0000000001.