How Many Post Office Workers Have Been Laid Off Since Obama Took Office? (March 2012 update)


When Did the Number of Postal Workers Start to Go Down? 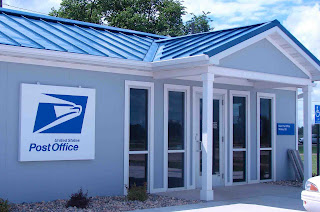 Republicans Force the Post Office to "Pre-Fund" Its Retirement Accounts

One of the problems that the post office has had is that it has been forced to pre-fund its pension:

In 2006, Congress passed the Postal Accountability and Enhancement Act.  This law requires the Postal Service to do something that no other business or government agency has to do–pre-fund its FUTURE retiree health care benefits.  This is a 75 year liability that has to be paid in 10 years.  The Postal Service makes a payment of approximately $5.5 billion on September 30 at the end of every fiscal year to meet this obligation.  The Post Office has been paying these benefits the past four years into a trust fund for employees who have not even been born yet.  This is the burden that is creating the “financial crisis” for the Post Office.  The recession that has gripped America the past few years has undoubtedly affected the Postal Service, but even in the worst economic times since the great depression, the USPS has had a net profit of $611 million dollars.  Unfortunately, the red ink associated with the post office is the mandated pre-funding since 2006.

That quote was taken from THIS great story about the post office "crisis" that was written in September 2011.  There are many reasons that we need a government post office, many mentioned in that article.  But we also have many, many small businesses, people selling on eBay and through small online stores, who deliver their goods through USPS.  As USPS charges so much less than FedEx and UPS, it is unclear whether these small businesses could stay in business if they had to pay UPS or FedEx rates.

In any event, the Post Office is under fire by the privatization demons of the Republican party.. for no obvious good reason, but for the simple reason that there is no money to be made for rich people to get richer under a government-run Post Office.
Posted by Middle Molly at 6:28 PM