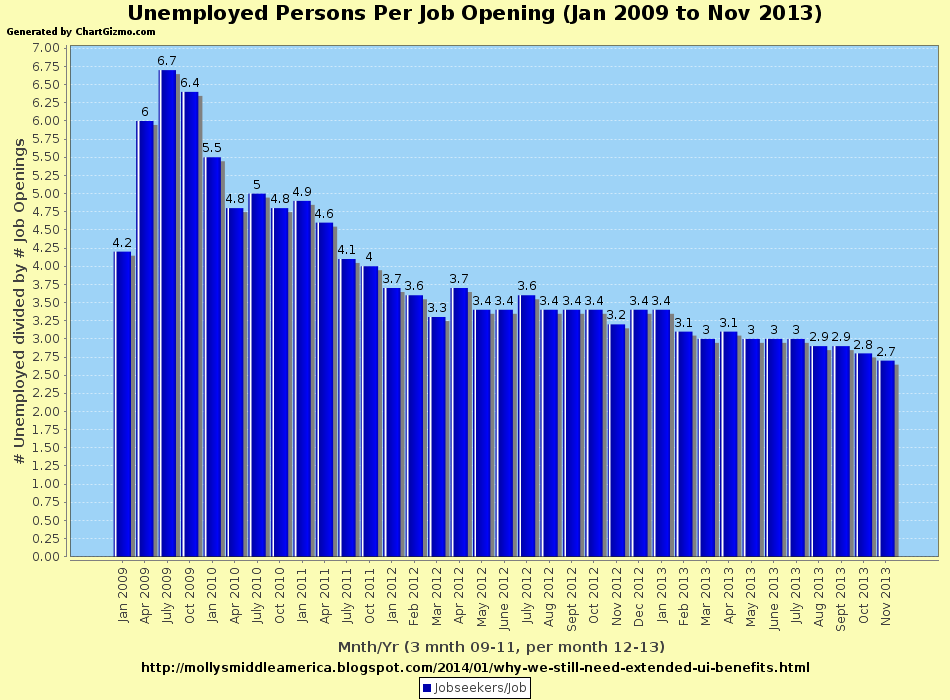 Jobseekers per job opening coming down!

So that's a good thing, right?  Well... yes; it's much better than 6.7 jobseekers per job opening, which is the biggest reason why the unemployment rate is going down and the number of jobs is going up.  But it's not as good as it has been in the past, particularly back in the late 1990's and very early 2000's as you can see below: 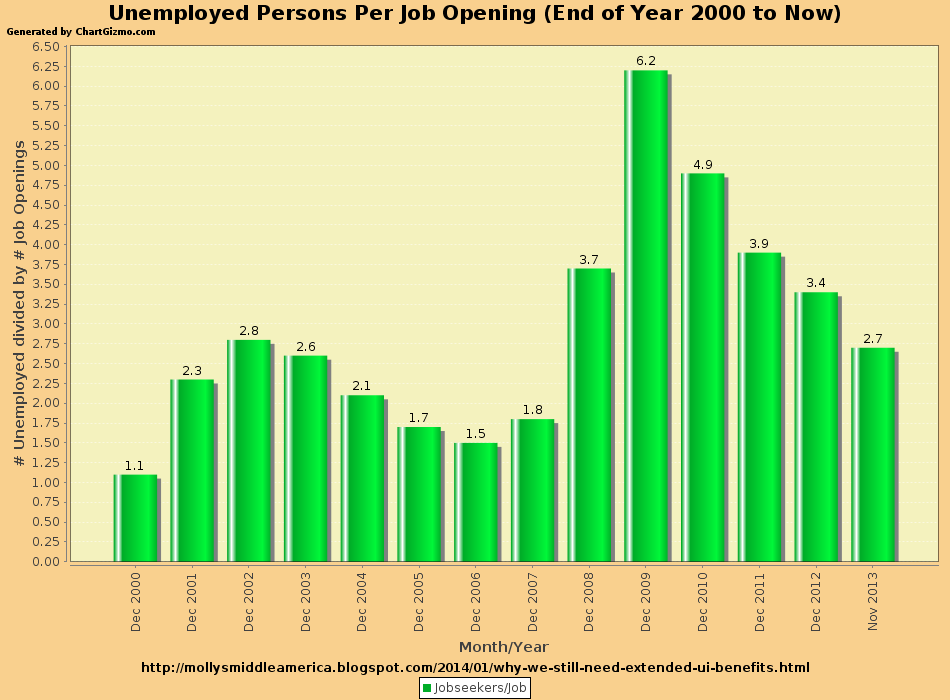 This chart shows the ratio of jobseekers to job openings for as far back as the BLS has records for this particular data, back to the end of 2000.  After 4 1/2 years of decline, we still, as of November 2013, have more jobseekers per job opening than we did at the peak of the aftermath of the 2002 recession.  This was an extraordinarily TERRIBLE recession.  It's taken a long time to turn around that big old boat of the economy and we aren't there yet.

Now there are STILL 1.3 million people out there (perhaps several thousand more by now) who no longer have federal extended benefits and who still don't have jobs.  "Better" does not mean "great".  Yes, even though things are much better than they were four years ago, it is still darned hard to get a job out there.  And I know people who were looking for work in the mid-2000's, before everything went south.  It was still no cake walk to get work back then compared to the late 1990's... or in the 1970's. I'd love to see numbers for the mid to late 1970's.

The Weeks of Available Benefits Have Been Declining

If you are in a Republican state or a Republican district, write your CongressCritter and tell him or her that it's still hard to get a job out there.. and can't they really do their part to help?  While you're at it, ask them to support REAL jobs programs, not the anti-regulation, anti-labor laws that the Republicans are trying to pass off as jobs bills.

And, if you "lean" Republican, see if you can make some sense out of these two graphs and these two statements:  Yes, things are better.. but it's still tough to get a job.  These unemployed people STILL need help.