What Was the Unemployment Rate When Obama Took Office (compared to now)? January 2015 update 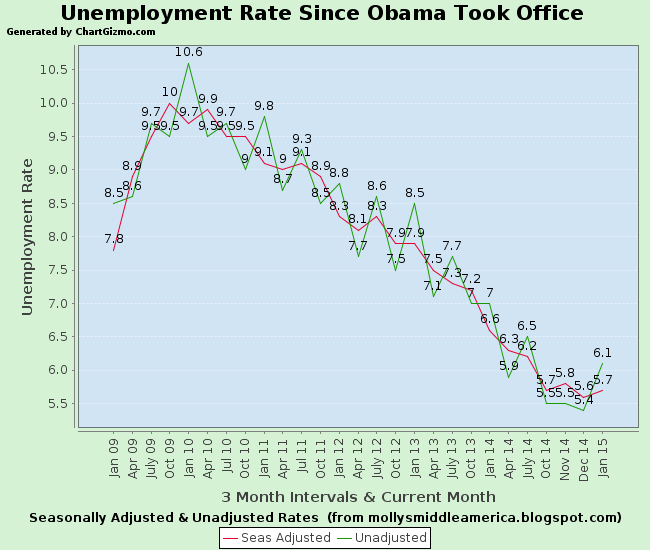