What was the unemployment rate when Obama took office and Bush left office? (Updated for November 2015) 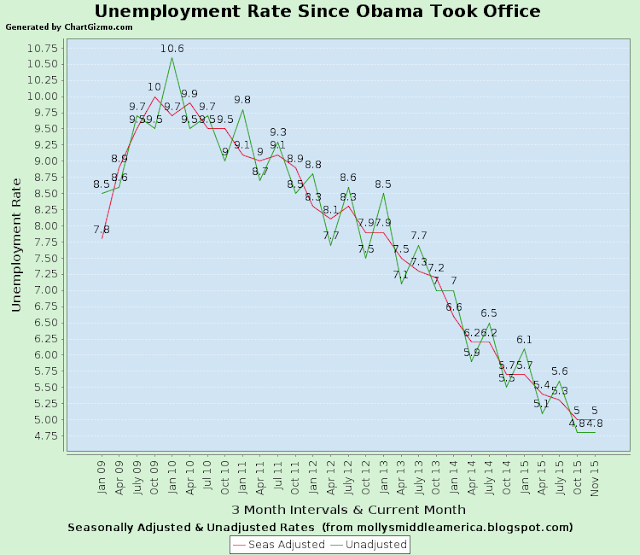 
(I started to keep track of the U-6 number here in September 2012.  The U-6 number is based on the total of unemployed and underemployed as a percent of the total of the civilian labor force and the underemployed.  The underemployed includes, in addition to the "official" unemployed, two groups of people:  1.  The number of people working part-time who want full-time work but can't find that work.  2.  The number of people who have not looked for work in the past month and are now ready to look for work.  These people did not look for work in the past month for one of these reasons:  Discouragement, sickness, childcare issues, transportation, education or training, "other".  All of these people had looked for work sometime during the past year.)

Has Obama Changed How Unemployment is Redefined?