Please Sign the Petition to Congress to Renew Unemployment Insurance Extensions for 2012!

Please sign the petition to Congress to continue the unemployment insurance extensions that are about to expire: 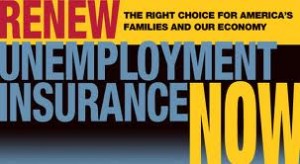 Extended unemployment benefits are set to run out for millions of unemployed Americans in January and in the first part of 2012. For the past three years, the U.S. has offered up to 99 weeks of unemployment compensation to help individuals who have been laid off through no fault of their own through the worst economy since the Great Depression.
Unless extended unemployment benefits are continued, approximately 6,000,000 long-term unemployed people will lose their benefits within the next few months. These people are those who have been unemployed for at least 26 weeks but have not yet been unemployed for the 99 weeks of unemployment extensions that have been authorized over the last three years.
Though the country has again started adding jobs, we still have over 6,000,000 long-term unemployed, and another 1,400,000 people are still getting laid off every month. Altogether, we now have 14,000,000 officially unemployed and only 3,400,000 job openings. This does not include the people working part-time who want full-time work and those who want a job but haven't recently looked for work. Another 15,000,000 people fall into those categories.
Unemployment is still a major crisis for this country, and we simply cannot let so many millions of people, most of them hard-working, middle class people, fall into poverty. Also, people who are laid off now or in 2012 will still have a hard time getting work within the 26 weeks that "regular" unemployment benefits provide for.
The conservatives and some of the Republican presidential candidates oppose this lifeline, somehow thinking that all of these 14,000,000 people will magically find jobs if only they "have to work". The basic arithmetic of 14,000,000 people divided by 3,400,000 job openings eludes these people.
Please sign this petition even if you and your family are not currently unemployed! People are still being laid off at the rate of 400,000 a week!
.. And you don't have to be a mom to sign!


Here's another petition on the same topic sponsored by the AFL/CIO:


"Speaker John Boehner may be willing to ignore our dire unemployment crisis and cut 6 million of America’s workers off at the knees while he pursues a polarizing anti-worker agenda.

On Wednesday afternoon, we’ll deliver an emergency petition to Congress after a press conference with jobless workers--and we need a massive national show of force to make sure Speaker Boehner and other obstructionists hear us. Please add your name:"

Cutting Six Million Workers Off at the Knees? Sign HERE!
Posted by Middle Molly at 2:02 PM