A World Without Wikipedia 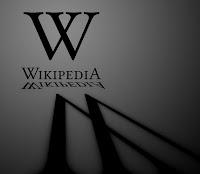 Wikipedia is one of the most visited sites in the world.  It is the first and fastest way to find out about just about anything you don't know anything about... Or to check on updates to things you do know something about.  You can also update the online user-maintained and developed encyclopedia when you yourself have something to contribute about a topic.  The links are usually superior, so if the information you want is not on the Wikipedia page itself, check out the links.
What would a world without Wikipedia be like?  Well, much Internet research would become more time-consuming and difficult.  You won't be as quickly able to separate wheat from chaff when Internet rumors or just plain myths pop up.  That simple, fast first step into any question or Internet research would be gone.  Now why is Wikipedia in jeopardy?
SOPA:  Stop Online Piracy Act.  A Good Thing?
A bill introduced in the House of Representatives in late 2011,  "SOPA" is the Stop Online Piracy Act.  (HR 3261).    You may think:  Stop online piracy!  What can be wrong with that?  Isn't it a good idea that musicians and movie makers and poets and authors and entrepreneurs can't have their work stolen via the Internet?  What can be wrong with a good, strong law to stop these kinds of shenanigans?
The United States Chamber of Commerce believes that rogue websites  "steal America's innovative and creative products, attract more than 53 billion visits a year, and threaten more than 19 million American jobs."
This bill also helps to protect against illegal sales of foreign drugs, mis-branded drugs, or simply counterfeit drugs to American citizens.
So what can be wrong with a bill that keeps Americans safe from counterfeit drugs and protects American jobs in the motion picture, recording, and online industries?
Well...
What Does Online Piracy Have To Do with Wikipedia?
That brings us back to Wikipedia.  SOPA is a very severe, strong, and difficult to enforce law.  It's like knocking down a house because there is a plumbing problem.
Because of the provisions of SOPA, it would make companies such as Facebook, Google, eBay, Etsy, Wikipedia, Flickr, YouTube, Twitter, etc., liable for the copyright infringements of any users to those sites.   From CNET:  "Policy analysts for New America Foundation say this legislation would enable law enforcement to take down an entire domain due to something posted on a single blog, arguing, "an entire largely innocent online community could be punished for the actions of a tiny minority." "
The Wikipedia article on SOPA is not blacked out, and I'm not going to duplicate all of their information here.  Check out the article yourself for more detail.  Keep trying or wait until the blackout is over if the page won't load.
Let's just say that, based on the provisions of the bill, it would be impossible for those sites listed above, most of which are free or low-cost, to adequately and cheaply police their users, and they would either have to close down or to greatly scale back their scope.  It would sincerely inhibit freedom of speech, organization, and communication on the Internet.
The Good Old Days Without an Internet With User Content
Can you remember the days before the Internet?  If you wanted to comment on an article in a newspaper, you submitted it in writing, and, if the editors liked your comment, it would appear, often severely abridged, sometimes changing the meaning of the whole comment.  That's what life might be like on the Internet after SOPA.  You want to comment on an article?  Your comment would go into a queue until someone o.k'd it.  Most websites would have to get rid of their comments section because they couldn't afford such moderation.  Facebook?  Facebook couldn't even exist with this kind of oversight.
Here comes Wikipedia:
As one of the most visited sites based on user-contribution in the world, Wikipedia not only has a very vested interest in defeating SOPA and PIPA... but it has a unique opportunity to help in the process.
So the #WikipediaBlackout ... to simulate a World Without Wikipedia.  See for yourself.  Just look up anything on Wikipedia now, and for the next 23 hours (until midnight Thursday, January 19, 2011) and see what you get.  Keep trying, as traffic is very slow as so many check out the #WikipediaBlackout . And notice what an inconvenience it is to not have access to Wikipedia all day today, January 18th.
If you are concerned and disturbed about this prospective piece of legislation, you can contact your Congressional representatives directly from Wikipedia.  Also, here's a petition from MoveOn.org on the same subject.

Google provides information and a petition HERE.
Another great overview of the issue from CNET can be found at THIS LINK.
Should something be done about online piracy?  I think that most authors, filmmakers, musicians, and online entrepreneurs would say yes.  But, as I wrote above, SOPA is kind of like knocking down a house because the plumbing is leaking.  There must be a better way to fix this particular leak.
Posted by Middle Molly at 1:01 AM