Is it True that Fewer People Are Filing for Unemployment Now?

Are more or fewer people filing for unemployment now than last year or the year before?
The number of people getting laid off has continued to go down, down, down.
This chart shows the average number of first time unemployment claims (in thousands) for four weeks, ending with the third week of March, for the last six years. 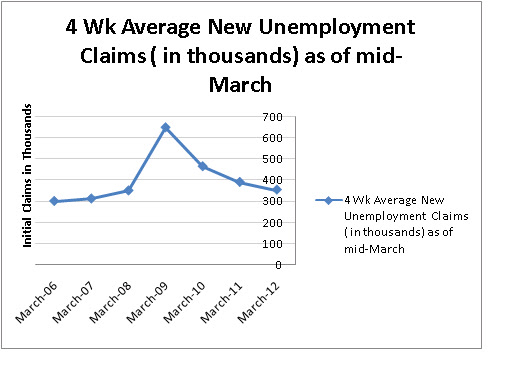