Is the Bureau of Labor Statistics Cooking the Books?  Is Obama's Recovery Phony? 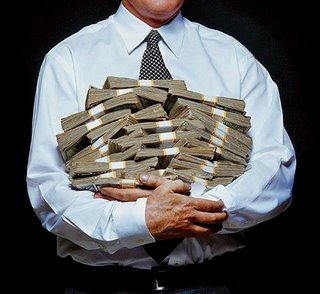 Good old Dick Morris.  You may remember this sleazy guy.  He was an advisor to Bill Clinton, then got the boot due to some kind of scandal with a hooker.  He has since completely denounced the Clintons and anything Democratic and now earns his living as a right-wing pundit at Fox and other places.
He recently wrote at his website, in an article entitled "Obama's Phony Recovery:"

President Obama, faced with no recovery from the recession as he enters an election year, has come up with a handy political gimmick:   Fake the statistics. The economic data that portend recovery are totally and completely inventions of Obama’s political operation. The reality is that no recovery is taking place!

Economist James Fitzgibbon, of the Highlander Fund, explains how cooked the economic statistics on which the president bases his claims of recovery really are.


Fitzgibbon either doesn't know what he is talking about or he is intentionally lying (which is what Morris accuses Obama of doing.)
Here's his quote about employment numbers:

How about lower unemployment figures? Fitzgibbon says they are a “joke.” He says that the Bureau of Labor Statistics has “completely changed the … metrics as of January 2012. None of the current percentages are relatable to anything prior to 2012!” He points out that the January unemployment data are heavily adjusted for “seasonal variations.” He notes that “the actual data [show that the economy] lost 2.7 million jobs in January.” And that’s just the numerator. For the denominator — the number of people in the workforce — the data “also shows about 1.2 million people magically left the workforce.” He says one has to go back to the early 1980s to see labor force participation as low as it is now.

Good heavens.  Let's take these accusations one at a time:

He says that the Bureau of Labor Statistics has “completely changed the … metrics as of January 2012. None of the current percentages are relatable to anything prior to 2012!”

Some numbers were changed between December 2011 and January 2012.  But the changes have nothing to do with "completely changing the metrics" as if it happened willy-nilly.  The changes result from the incorporation of the 2010 Census numbers into the civilian population numbers that are used by the BLS.  The Bureau of Labor Statistics explains these changes very well in particular HERE.   Now, if this Fitzgibbon guy is an economist, he should be easily able to understand what the Bureau of Labor Statistics did and why they did it.  And you can easily find that link from the monthly Employment Situation pdf.  Maybe the guy doesn't know how to follow a link.
Then those seasonal variations:

He points out that the January unemployment data are heavily adjusted for “seasonal variations.” He notes that “the actual data [show that the economy] lost 2.7 million jobs in January.”

Yes....in "raw" unadjusted numbers, we actually did lose 2,700,000 million jobs between December and January.  But that's a comparatively small loss for January which is why the number of jobs added went up!  Here's a chart of the number of actual jobs lost every January for the past ten years and the "seasonally adjusted number":

As you can see, we lose jobs every January, always in the range of about 2%.  The jobs loss that we had this year is the lowest loss we've had since 2006.  Can this "economist/hedge fund manager" really not know that?  I don't believe it.

Then he complains about the labor force participation rate:

The number of people in the workforce — the data “also shows about 1.2 million people magically left the workforce.” He says one has to go back to the early 1980s to see labor force participation as low as it is now.

The numbers do not really show that ANY more people left the work force, magically or otherwise.  As I mentioned above:
I'll repeat this:  1,200,000 people did NOT leave the labor force because they were discouraged or for any other reason between December and January.  The Census people had been undercounting people; in particular, they were undercounting people 55 and over.  Not as many of those people are working as are younger people.

Is He That Dumb?  Or Does He Think We Are?
Does this man Fitzgibbon, the CEO of a hedge fund, really not know this very basic stuff.. or does he know it but spews lies anyway because he thinks people are too stupid to figure out his lies?  I think that most of these right-wing characters (cheap labor conservatives) are not that stupid, but they really believe that the American people are stupid and they can pull the wool over their eyes.  (Unfortunately, many people in this great country of ours are stupid or ill-informed or really want to work for peanuts in the new Republican economy.  It's a shame.)
I believe that if Fitzgibbon is really an economist and a hedge fund manager, he can't be stupid.  So he either 1)  Doesn't understand unemployment numbers and doesn't bother to do any research.  or 2)  He just makes up lies hoping that the American people will vote (again) against their best interests; that the American people will NOT vote in a Democratic Congress and WILL NOT keep a Democratic President who might raise taxes on all of their hedge fund winnings.
Posted by Middle Molly at 1:32 AM