Unemployment in Ohio Under Obama: Down, Down, Down! (Updated with September Numbers)

When Obama took office in January 2009, the unemployment rate in Ohio was 8.6% while the national average was still only 7.8%. 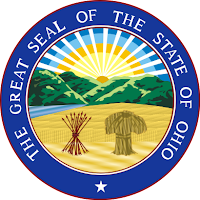 Ohio's unemployment rate went up to a whopping 10.6% in summer and fall of 2009, higher than the national unemployment rate ever reached, and then  started to come down, as the effect of the auto rescue and the stimulus hit Ohio.  (See the graph below.)

How Many Unemployed People?