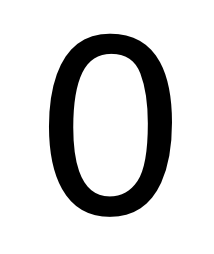 Do you remember last August, when it was reported that we had no net job growth?

The BLS CES (Establishment Survey) archives now show that we gained something like 400,000 jobs over that somewhat dismal third quarter. We also have the Business Employment Dynamics Report, which I’ve only started using, which shows that we actually gained about 750,000 jobs in that third quarter. That is actually more in line with the CPS (BLS Current Population Survey) numbers that show 722,000 more people as employed in that quarter.
So the dingy third quarter 2011, marked by the debt reduction standoff that harmed both the President and Congress, was actually part of “the largest net job gain since first quarter 2006″.

Here's how the initial jobs numbers compare to current revisions over the past 12 months:  (Notice that buried "zero"?) 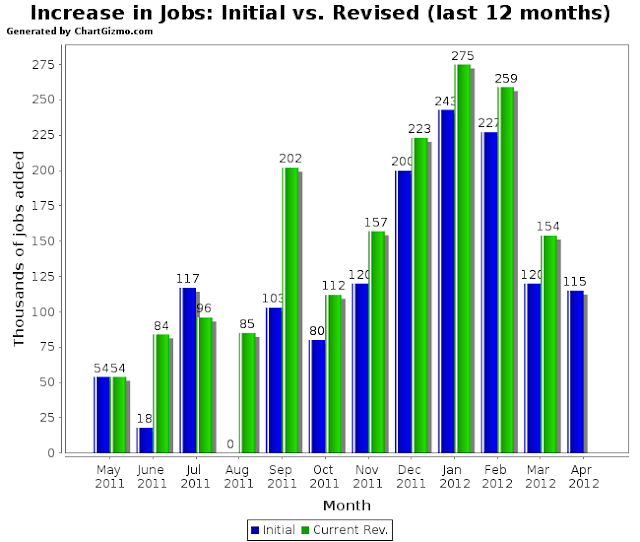 My point is that we can’t look at one month.. or even two… to determine if the job market is horrible or not that horrible. The March numbers were upwardly revised by about 34,000 jobs, and the April numbers may be revised as well.  We may later determine that they weren’t that bad after all.  Despite all of the whining about the April jobs numbers, we now have 168,000 more jobs than we thought we had on April 6, when the March numbers came out.
Posted by Middle Molly at 8:34 AM