What Was the Unemployment Rate When Obama Took Office Compared to Now?


This report has been updated HERE for June 2015.


The following report is outdated.  All current reports are indexed HERE.


The following post is for October 2012, two years ago.  Please select one of the links above for updated numbers. 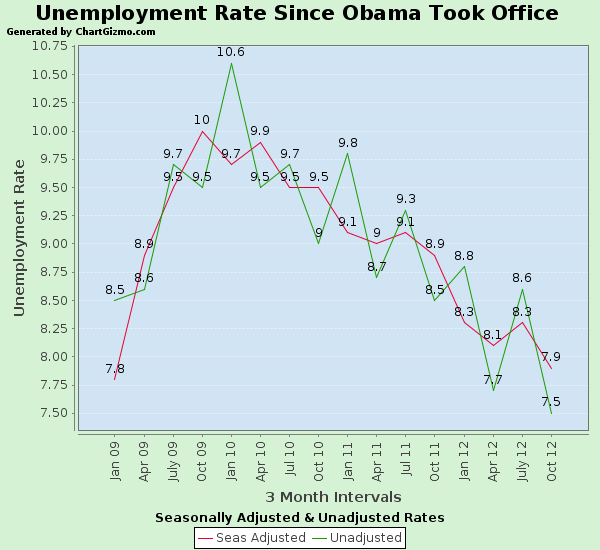 The Bureau of Labor Statistics uses seasonal adjustments to adjust for the volatility in the labor market from one month to the next.  The relatively even red line above shows the unemployment rate based on seasonally adjusted numbers.  The jagged green line shows the unemployment rate based on "real", "raw" numbers; the unadjusted rate.  Notice that the green line goes up in January (after holiday layoffs) and July (school-related layoffs), and it goes down in October and April, which are strong months for workers.  (Employees are all back to school in October, and employers are staffing up for the holidays.  Schools are also full in April and employers are starting to staff up for summer, construction, vacation venues, etc.)  The green line, however, reflects "reality":  Your friends, neighbors, and family members actually working or not working. 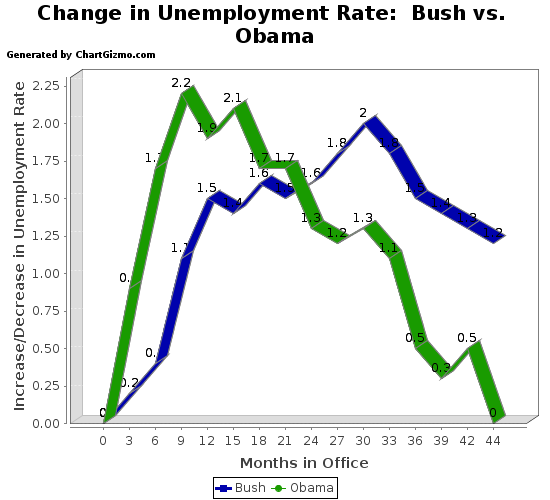 Both groups of people, the independent contractors, and the unemployed without benefits who are still actively looking for work ARE included in these numbers.  ALL numbers of people who are unemployed, working part-time, or who want work have come down significantly over the past year to 18 months.
Posted by Middle Molly at 10:42 PM