What Was the Unemployment rate when Obama took office and Bush left office? (Updated for June 2015)


(Unemployment rate then and now on the graph below.) 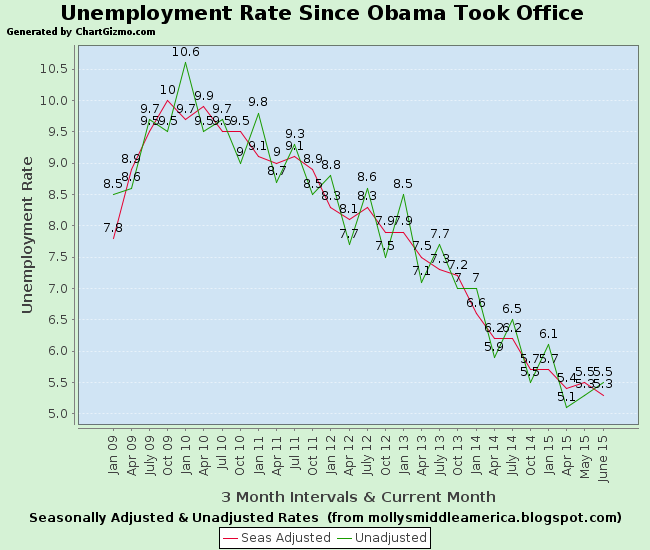 The one thing none of these reports show nor do any of the Government reports, and that is the number of independent contractors that are unemployed or the number of unemployed that the benefits have run out and they gave up on trying. These added in would make these numbers on the reports look miserable.


Why are there two lines, one for "Seas Adjusted" and one for "Unadjusted" in the chart above?