What was the unemployment rate when Obama took office and Bush left office? (Updated for August 2016)

Note:  This report was not updated for September due to personal reasons.  But the October updates will be released starting this weekend, November 4. 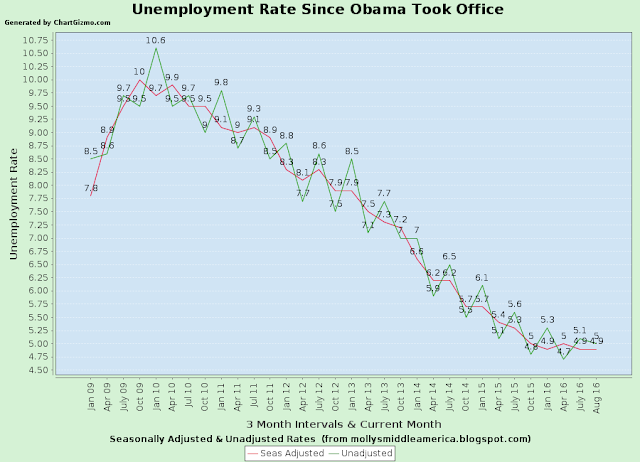 All Highlights and Reports Listed HERE.
Posted by Middle Molly at 9:40 PM