When someone calls you a "lib" (or even a "libtard"), smile and be proud!

Remember this great quote by John F. Kennedy when he accepted the nomination of the Liberal Party in New York in 1960:

If by a "Liberal" they mean someone who looks ahead and not behind, someone who welcomes new ideas without rigid reactions, someone who cares about the welfare of the people — their health, their housing, their schools, their jobs, their civil rights, and their civil liberties — someone who believes we can break through the stalemate and suspicions that grip us in our policies abroad, if that is what they mean by a "Liberal," then I'm proud to say I'm a "Liberal." Acceptance of the New York Liberal Party nomination (14 September 1960)

Find out more about this speech using this Google search. 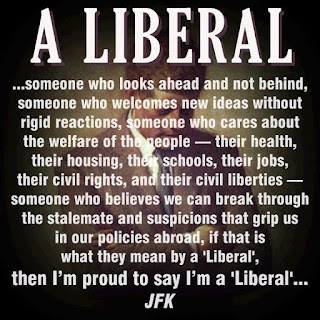 Updated November 19, 2013, just a few days before the 50th anniversary of JFK's death, with this great collage from Tracy Knauss at Facebook: 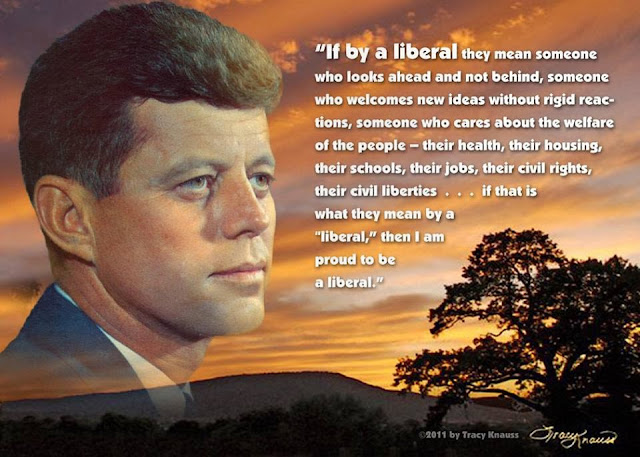