How Many Jobs Has Obama Created or Lost? (July 2013 update)

UPDATED for March 2015 HERE:  How Many Jobs Have Been Created or Lost Under Obama?

Please note that the following numbers are outdated.  Please click any of the above links for current numbers.


How many NET jobs created or lost under Obama as of July 2013?

How many private sector jobs have been lost or added during Obama's presidency?

How many new jobs in the last 4 years since Obama was inaugurated?  How many jobs has Obama created or lost since taking office?

How many Americans were working or employed when Obama took office... compared to now?

Answers to all of these questions below the links..


Numbers for July with all revisions:


Have any private jobs been lost (net) over the past 41 months?
NO! 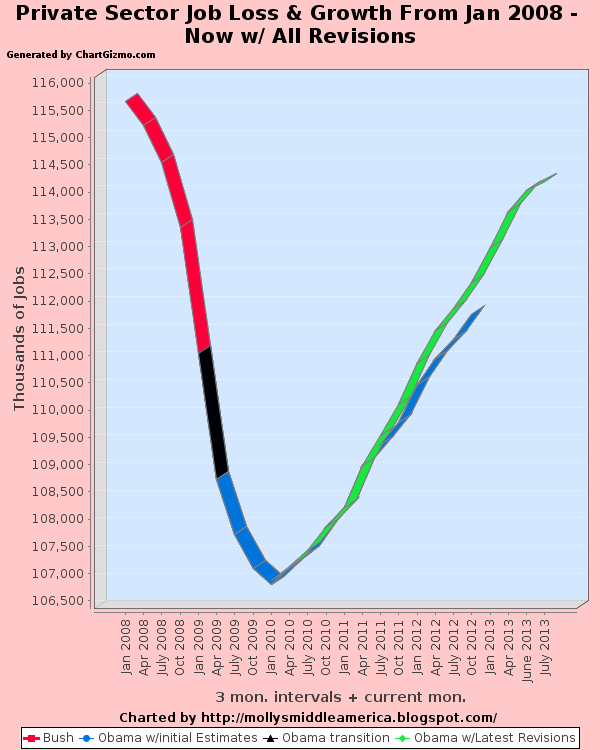 What's the difference between "net" and "gross" jobs gained and lost?

The above jobs numbers are from the BLS jobs report of July 2013, which was released in August 2013.  The surveys used to gather these numbers are taken as of the week which includes the 12th day of the month, in this case, July 12, 2013.