What Was the Unemployment Rate When Obama Took Office? (May 2012 update) 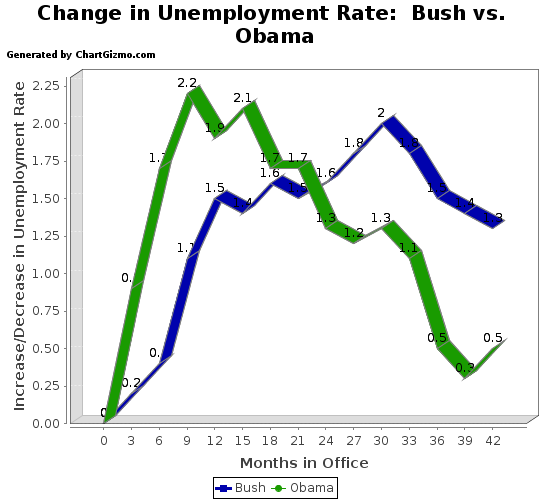 These are questions I have received in my email, and I thought I would answer them here.

You can find these tables by searching for these table numbers at the BLS website. My analysis is taken from the monthly BLS data copied to an Excel spreadsheet every month. I calculate detailed percentage increases/decreases, 3 month numbers, 2011 to date numbers, and I compare jobs numbers to those at the time of Obama's inauguration and at the "trough" of the recession.

Please read my reply to this person as listed in the comments.  Both groups of people, the independent contractors who are unemployed, and the unemployed without benefits who are still actively looking for work,  ARE included in these numbers.  ALL numbers of people who are unemployed, working part-time, or who want work have decreased significantly over the past year to 18 months.  Therefore, the reports are no more miserable than they look.